What can be said that hasn’t already been said about a state as legendary as New York? How about that Virtual Vocations is the definitive resource for New Yorkers to find work from home employment? 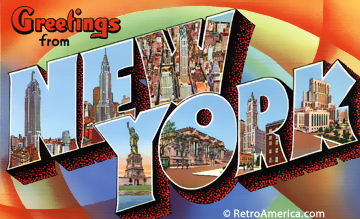 After you access our database of New York Telecommute Jobs, you’ll be singing a new song called “I Love Virtual Vocations!”

Check out these tips for finding telecommute work in the 11th state of the Union!

New York-based Companies that Hire Telecommuters
The opportunities for telecommute work with a New York company are as varied as the state’s more than 19 million residents. Whether you want to freelance, work full-time or part-time or only partially telecommute, the “Empire State” has a company that can help you build your own virtual work empire. Apply to work for one of these New York-based businesses with a history of hiring telecommuters.

National Telecommute Companies that Restrict New York Workers
We have not identified any national companies that restrict the hiring of telecommute workers from New York. Residents of New York can apply to work for renowned, national, telecommute-friendly companies like ADP Payroll Services and Convergys.

Co-working Centers
The notion that telecommuters have to stay confined to the same four walls of their home office (or living room corner) is as false as work-from-home job ads which promise you’ll “MAKE $750 A DAY IN YOUR PAJAMAS!!!!” As the popularity of telecommuting employment boomed, so did co-working centers. These collaborative facilities allow virtual workers to rent office-like space and receive business products and services for a daily, weekly or monthly fee. Check out the following New York co-working centers:

Work from Home Scams
We have not discovered any notable work from home scams that have impacted New York residents. However, if you believe that you are the victim of a work from home scam contact the New York Metropolitan or Upstate New York offices of the Better Business Bureau.

For information on work-from-home scams to avoid, review this Forbes list.

Additional Resources
If you would like to view more information about the telecommuting lifestyle, investigate virtual employment work leads and communicate with other remote workers like you, visit our Virtual Vocations forums.