In this guest post, Fractl offers its take on the pros and cons of downtime during your workday and how to make the most of it when it happens.

Shelter-in-place and stay-at-home orders have confined millions of Americans across the country to their homes, with many traditional workplaces shifting their environments to home offices and telecommuting. And while many businesses continue to adapt to this “new normal,” telecommuting work has some unique advantages compared to hours spent in the office, including downtime.

While you might not have the flexibility to commute to work even if you wanted to, telecommuting and working from home promote a better work-life balance and boost employee engagement and satisfaction. Under the right circumstances, working remotely can help you become more productive in your day-to-day work. 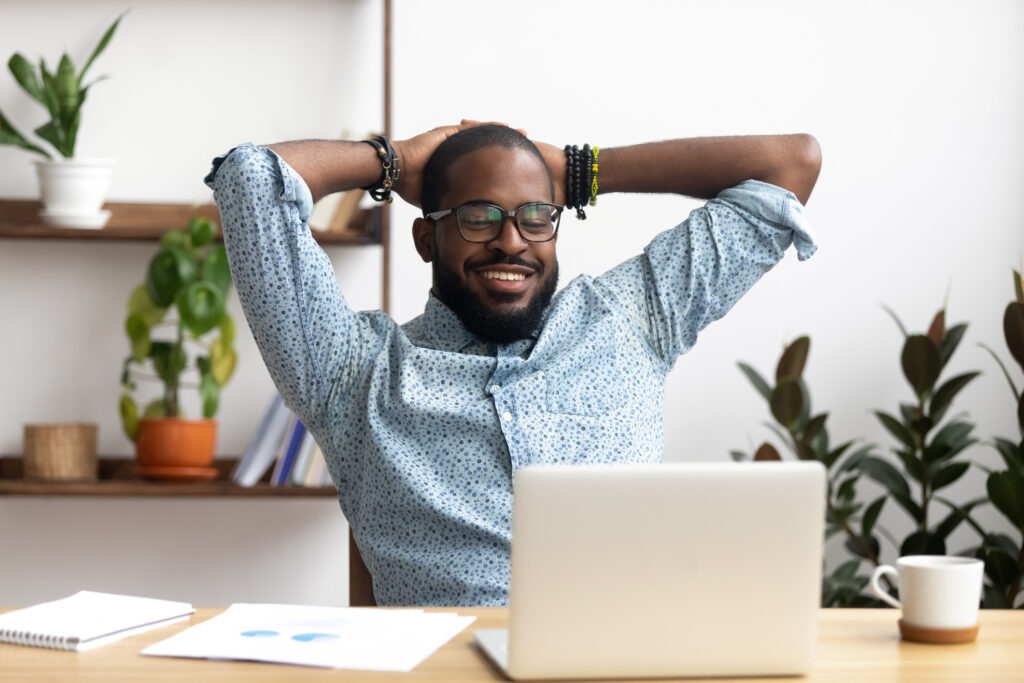 So just how much downtime is there in the average workday? To find out, Paychex surveyed over 1,000 employees to determine how many daily minutes the average worker loses to menial habits like browsing the web or socializing.

Hours Lost in the Day

On average, employees admit to losing 21% of the standard eight-hour workday (1 hour and 40 minutes) to downtime on a routine basis.

While you might fall into the 27% of employees claiming to have less than an hour of downtime during their workdays, it’s more likely that you identify with the 73% of Americans who mark between 1 hour and 3.5 hours as generally unproductive. While employees who spent less time in their roles were more likely to report downtime on the job, 13% of all employees confessed to having 3.5 hours (or more) of downtime each day.

For some people, downtime isn’t necessarily a waste. Just 18% of employees reported having too much downtime. Half found the amount of time they weren’t focused on direct tasks just right. Another 32% wished for more downtime. And while telecommuters typically report higher levels of productivity, remote employees reported 2 hours of downtime on average—20 minutes more than the standard worker.

Even if employees don’t mind having downtime during the day, their employers might. The median weekly earnings for full-time workers is $936, according to the U.S. Bureau of Labor Statistics. This means that employees with 1 hour and 40 minutes of downtime earn $195 for doing next to nothing. Added up, this translates to $10,140 a year—a shocking sum for employers to pay.

Downtime isn’t written into the typical workday, but that doesn’t mean you won’t find it anyway. A majority of employees reported downtime because they completed their work too quickly (40%), followed by those who reported the availability of their work was inconsistent (37%). Those who admitted to deliberately creating downtime in their daily schedules (31%).

More than 1 in 3 employees (36%) hold themselves accountable for downtime, while slightly fewer identified both employees and employers were equally responsible (28%). Interestingly, surveyed employees found that only 20% of employers could shoulder exclusive blame.

So what happens when you’re faced with unproductive time at work? Nearly 1 in 5 employees (18%) left a job because they had either too much or too little downtime. Conversely, a small percentage of employees had been fired for having either too little or too much downtime at their jobs.

What Triggers Downtime on the Clock

Considering too much downtime could make you want to leave your job or get you fired, you might wonder what triggers downtime in the first place.

Led by 57% of millennials and 51% of Gen X employees, the most common downtime activity was browsing the internet, followed by socializing with co-workers (49%) and texting or messaging others (48%). While slightly less common, many employees reported eating during the downtime at work (46%), browsing social media (43%), and completing freelance or gig work on the side (42%).

More than 44% of millennials admitted to doing freelance or gig work while they were on the clock. Generation X followed with 41% and 22% of baby boomers moonlighted on the job. The median earnings for these side hustles were $50 a week.

Higher-level employees were also more likely to indicate that downtime signaled dispensability. Compared to 37% of entry-level employees who agreed being unproductive meant you’re in a nonessential role, 47% of senior or executive management employees said the same.

Even if downtime doesn’t make your job feel redundant, too much (or too little) of it isn’t necessarily a good thing. Employees were the most satisfied when they had an optimal level of downtime (53%), compared to those who believed they had too much (37%) or too little (40%).

Employees with the ideal amount of downtime were also more likely to report satisfaction with their salaries compared to those with more or less.

Despite the downtime statistics that follow remote work, remote workers can still use this time positively. Although too many breaks lead to an excess of downtime, taking some time away from work increases productivity. Other downtime benefits can stem from setting your own office hours, and therefore, settling into your own groove.

Stanford professor, Nicolas Bloom, studied his own remote productivity and recommended a break that he normally sets aside during the day for a healthy exercise. He found by creating the schedule that works best for him, he can stay on track without extraneous breaks.

Thanks to the lack of a commute, workers can get more sleep, eat healthier, and exercise. This leads to enhanced productivity and positivity. While telecommuting can have downsides, keeping them intact is a wise decision for employers. Doing so gives employees the freedom to set their own schedules and stick to a routine that benefits their work style. Ultimately, this can lead to a productive use of downtime.

Under the right circumstances, downtime can be a blessing or a curse. Too little and you may feel wrung out and overwhelmed with your day. Too much and you might feel grossly unproductive and unneeded.

The moral of the story may be clear—there’s definitely a reality where you can have too much of a good thing. A little bit of downtime here or there might be natural (and may even help you be more productive at other times of the day), but too much could be putting your job at risk.

Joining Virtual Vocations grants you access to our hand-picked telecommuting jobs database. Learn how our service works, browse job leads by location and career category, or search hundreds of hand-screened telecommuting jobs to find legitimate work-at-home job leads that match your skills and background. Register for free or contact us for more information on our service guarantee.

Working Remotely Without a Dedicated Home Office Space in Your Home

Coworking from Home: 9 Tips to Keep Your Relationship Strong

Financial Goals for Freelancers: How to Create and Build Wealth

Best Remote Work Advice According to Your Personality Type

Caring for Your Newly Remote Employees During COVID-19

About VirtualVocations 389 Articles
Virtual Vocations is an online service that connects job-seekers to hundreds of hand-screened, legitimate telecommute job postings. We believe in sharing what we’ve learned about finding and keeping telecommuting jobs.
Facebook